Looking for a refreshing little book to bring with you to the beach this summer?  Particularly one full of lovely poems that provoke quiet contemplation while you soak in the warm sun, listen to the calming waves, and of course, observe the charismatic gulls and other shorebirds?

If so, I suggest you put in an order for “Never a Note Forfeit”, a chapbook  with a heavy bird influence by our very own beloved poet, Catherine Staples.  The book is hot off the press as July 1 (today!) is its scheduled publication date, according to Seven Kitchens Press.  The book is Number 8 in the Keystone Chapbook Series and co-winner of the 2010 Keystone Chapbook Prize.

Now if you are like me, you may be wondering, “what the heck is a chapbook?”  I wikipedia-ed it and learned that ‘chapbook’ is a term that was developed in the 19th century for a pocket sized booklet of political and religious tracts, nursery rhymes, poetry, folk tales, children’s literature, or almanacs.  They were aimed at buyers without formal libraries and, in a time when paper was expensive, often ended up as wrapping paper or bum fodder (toilet paper).  The term, chapbook, is now used to denote publications of up to about 40 pages, usually poetry bound with some form of saddle stitch.  With the recent popularity of blogs, short collections of poetry published online are frequently referred to as “online chapbooks.”

“Never a Note Forfeit” is a timeless treasury of Cathy’s beautiful poetry, which often has strong ties to birds, from the title on.  Even the cover of the book has bird-like wings pictured.  “The title, Never a Note Forfeit, refers to red-winged blackbirds—those incessant singers, never quitting their songs even as you flush them,” says Cathy.    Her passion for birds and eye for their beauty was evident as she helped the Junior Birders create their own avian poetry last month during the PA Young Birders meeting at Rushton Woods Preserve.  Cathy is very introspective and in touch with her “sense of wonder”, with a gift of observing great detail with great emotion, which is the stuff of all great poets!  Below is a blurb I found on one of our old blog posts from last fall.  It is her elegant reaction to the banding she had witnessed that day and a good sample of her vibrant writing:

“The white-throated sparrow of my New England childhood: a sing of yellow on either side of his head,  just a lick of brightness that like his song is a heartening, steady thrum in the turning wood….

…Lisa Kiziuk deftly lifts him from the mist net; he’s hardly tangled, it’s as if he’s been here before. (And he has, “sixty-nine” reads the imprint on his ankle band; last October he was caught and banded in the Rushton woods.) He’s an easy keeper, not to be compared with that fussing welter of feathers above him, small chickadee who has roiled about so that each curled foot is a welter of black mesh. I can’t imagine there’s anything to do but cut the net. But then Lisa strokes his leg lengthwise, the way you might straighten a dog’s foreleg before removing a thorn, and with one steady stroke the claw releases its tenacious grip. Square by square the mist net untwists. Lisa closes the angle of the perfectly hinged wing, slips one loop, then another, past shoulder and wingtip. One quarter turn of the wrist, and he’s unencumbered. The chickadee rests in the cradle of her palm, head caught in the vee of forefinger and ring finger. He peers up from under the loft of his punk black head, undeterred.  Given a millimeter of wiggle room, he’ll do it again: pinch a fold Lisa’s forefinger, feisty as a pirate on his way up the rigging—cutlass between his teeth—before he’s eased down into the white fog, slip-purse of a bird bag and carried away to the bird-banding table.”

Catherine Staples grew up in Dover, Massachusetts and still spends part of each summer on Cape Cod. Her poems have appeared in Prairie Schooner, The Southern Review, Third Coast, Commonweal, The Michigan Quarterly Review, and others.  She was selected by Amy Clampitt for the University of Pennsylvania’s William Carlos Williams Award and is the recipient of two APR Distinguished Poets’ Residencies.  She teaches in the Honors program at Villanova University.

Go to Seven Kitchens Press to read a sample of her poetry, and go to Cathy’s Seven Kitchens book page to order a copy of “Never a Note Forfeit“.  There you will find Paypal information and a mailing address to order by check.  I encourage you to share this news with friends you know of who like birds and poetry too! babies of Rushton! We are up to our ears in babies!  How many new little birds have you noticed in your yard?  Look (and listen) for them this weekend while you are out celebrating the 4th and enjoying the fresh air!  I worked at a wildlife rehabilitation clinic called Centre Wildlife Care by State College, and the 4th of July was always the busiest baby day (mammals and birds) because that’s when everyone was outside happening upon orphaned babies and bringing them in.  Of course, sometimes the baby birds people bring in to wildlife rehab centers are not orphaned at all.  It is news to many people that birds leave the nest before they can fly…Mama and Papa are usually nearby feeding them out of the nest for days until they finally fly on their own.   For this reason, it is usually better to leave those flightless “orphans” alone.

Our nature preserves are open to the public 365 days per year, providing natural places that offer peace and respite for all. We will keep them open as long as it is safe to do so. While visiting our preserves, please practice social distancing and wear a mask if you encounter another person who will be closer than six feet … END_OF_DOCUMENT_TOKEN_TO_BE_REPLACED 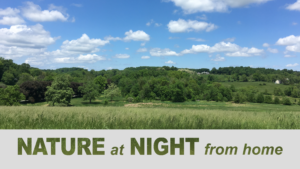 Legacy of the Land: A History of Land Conservation in Willistown

The Trust's holistic approach to land conservation, with a focus on the connections among land, farm, birds, and water, protects native habitat and provides open space for our earth to heal. Please help the Trust continue to preserve our natural world for all  generations and consider making an impactful donation … END_OF_DOCUMENT_TOKEN_TO_BE_REPLACED

The work of the Willistown Conservation Trust is concentrated on 28,000 acres of Willistown Township … END_OF_DOCUMENT_TOKEN_TO_BE_REPLACED