Alizé will be speaking about her work on human adaptations to environmental change. Covering stories in Bangladesh, Vanuatu, India, and the US, she will share what communities are doing to cope with changing landscapes and how we can support our youth as they inherit a planet facing ongoing environmental uncertainty. She will also talk about Modern Explorer, a 9-episode educational series developed in partnership with Lindblad Expeditions and National Geographic Education that Alizé hosts. Modern Explorer seeks to inspire the next generation of scientists, explorers, and environmental stewards.

Alizé Carrère is a National Geographic Explorer researching and documenting climate change adaptation in practice. After moving to Montreal to complete a B.A. at McGill University in Environmental Sciences and International Development, she spent time living in Panama before returning to McGill to complete an M.Sc. in Bioresource Engineering. During this time, she lived in the Middle East working on water resource management and electronic waste between Israel and Palestine.

In 2013, Alizé received support from National Geographic to conduct research in Madagascar, where she spent several months uncovering an unlikely agricultural adaptation in response to severe deforestation. Learning of farmers who were turning erosional gullies into fertile pockets of farmland, her work evolved into a greater story of creativity and resourcefulness amongst the oft-repeated narrative of climate doom. She continues to study innovative adaptations to climate change and is working on a film project that highlights the remarkable resilience of the human species. The first episode, documenting community adaptations to sea level rise in Bangladesh, won Best Short Film at the New York Wild Film Festival and the Norman Vaughan Indomitable Spirit Award at the Telluride Mountainfilm Festival.

Alizé is currently pursuing a Ph.D. at the University of Miami in Ecosystem Science and Policy. Her research focuses on climate change utopias, or “climatopias”: the forward-looking plans that architects, designers, and futurists are drawing up in response to imminent environmental change.

Our nature preserves are open to the public 365 days per year, providing natural places that offer peace and respite for all.   We do love dogs, however... Because it is an important bird area (IBA) for nesting grassland birds who are very sensitive to the presence of dogs, they are not allowed at Kirkwood … END_OF_DOCUMENT_TOKEN_TO_BE_REPLACED 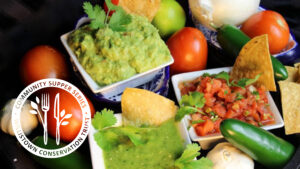 What Will You Discover? We invite you to discover first hand some of the compelling new projects the Trust has been working on: Dive into our local streams and see what lives there. Inspire yourself by learning something new through one of our educational programs. Seek out adventure at one of our three nature … END_OF_DOCUMENT_TOKEN_TO_BE_REPLACED

The work of the Willistown Conservation Trust is concentrated on 28,000 acres of Willistown Township … END_OF_DOCUMENT_TOKEN_TO_BE_REPLACED