As wolfish northern winds set out on their hunt for summer, the tips of leaves begin to blush, and the night skies come alive with the wings of millions of birds coursing south through the inky darkness. Just before daylight breaks, these voyagers drop out of the unmarked cloud highway into obscure forested patches below. If they’re lucky, they’ve touched down in sanctuary like that provided by Rushton Woods Preserve where they can dine all day on seeds, berries, or insects and then hit the skyway again by night. Never remaining in one place for long, change is a part of being a bird.

Our banding station has been operating for fall migration for the past three weeks, and change is evident in the masked faces of visitors set back behind a purple rope. It looks like Harold from Harold and the Purple Crayon was busy drawing a line ten feet around our banding table between where our crew works and the visitors watch. One thing remains the same and is visible even on the half faces: the glittering light of fascination and awe that fills their eyes as volunteers bring the wild birds closer to them before release.

Rushton was full of life this week including visitors wanting to learn about the winged creatures with which we share this tumultuous earth and high numbers of migratory birds that rode the crisp fronts south. On Thursday our catch came to a total of 97 birds of a record-breaking 26 species! One net alone was vibrating with 14 birds, six of which were Northern Parula warblers.

The other Thursday highlight was the infamous Connecticut Warbler; we catch one to three of these skulkers this time of year each year, which brings the avid birders flocking. Largely a Canadian breeder preferring open larch-spruce bogs, this staid bird graces us with its presence on its way to the tropics, but it is rarely seen because of its habit of lurking among the leaves of dense thickets.

Tuesday of last week brought gems including a dashing young male Black-throated Green Warbler, lovely Magnolia Warblers, flashy American Redstarts, and a young Cooper’s Hawk! We also got our first shipment of Swainson’s Thrushes joining ranks with high volumes of our other thrushes including Veery and Wood Thrush. September 3rd brought our major highlight of the season so far: our first ever Blue Grosbeak and the 100th species for the station!

Fall migration is in full swing, and we’ll be tracking the wings of change through the last week of October. If you’d like to visit us on a Thursday to see firsthand how our conserved land is helping migratory bird species, please register on our events page.

No matter where you are in life—whether making your way across dark skies or enjoying rest in a green oasis—remember there’s a lot going on in the woods.

Our nature preserves are open to the public 365 days per year, providing natural places that offer peace and respite for all. We will keep them open as long as it is safe to do so. While visiting our preserves, please practice social distancing and wear a mask if you encounter another person who will be closer than six feet … END_OF_DOCUMENT_TOKEN_TO_BE_REPLACED 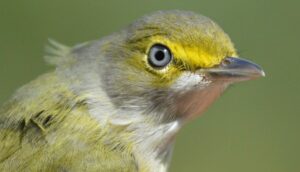 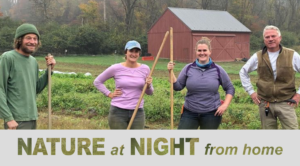 The Trust's holistic approach to land conservation, with a focus on the connections among land, farm, birds, and water, protects native habitat and provides open space for our earth to heal. Please help the Trust continue to preserve our natural world for all  generations and consider making an impactful donation … END_OF_DOCUMENT_TOKEN_TO_BE_REPLACED

The work of the Willistown Conservation Trust is concentrated on 28,000 acres of Willistown Township … END_OF_DOCUMENT_TOKEN_TO_BE_REPLACED